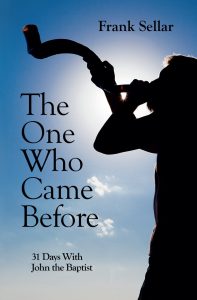 Three summers ago I had the privilege of taking a few weeks sabbatical leave during which we visited the beautiful Scottish Island of Iona. During that period I took the time to research and write about a little known but hugely significant Bible character, the last of the Old Testament prophets and the first of the New:- John the Baptist.

While many people know snippets about John, there are few resources that draw all the Bible texts together in one place. Christian Focus have now kindly published the book under the title ‘The One who came Before’. A year later than hoped because of the dreaded coronavirus, but better late than never!

These past Sunday mornings we have been thinking about heroes of the faith as highlighted in Hebrews 11. This Sunday we meet Elijah who some people thought had returned as John. Not so, yet both Elijah and John awakened people to vital spiritual and moral responsibilities, and did not speak their own words but articulated a message of life and renewal directly from the Lord to all who had ears to hear.

I hope this book will be a timely, enjoyable, and helpful resource for you this Summer either to read on your own, with a spouse, as part of a micro group or in a Bible Study. It will be available at church this Sunday coming and is offered to you with kindest best good wishes from Frank

The One Who Came Before
31 Days with John the Baptist by Frank Sellar.
Christian Focus.
Special Price £5.00.